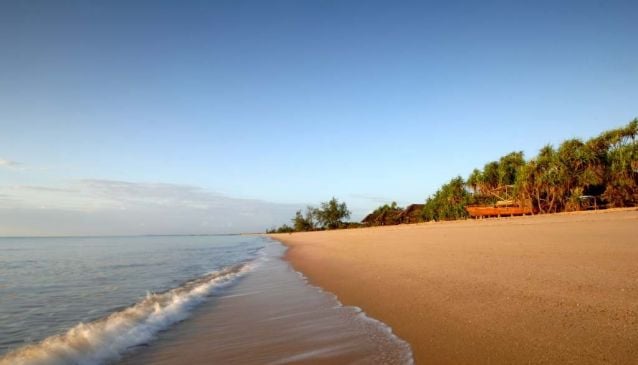 Grazers such as buffalo, warthog, a variety of antelope, hartebeest, eland and greater kudu can be spotted in the park. Herds of up to 30 elephants wander with them, occasionally venturing onto the beach for stroll. Primates are abundant, particularly vervet monkeys and yellow baboons. Spotted hyena, jackal, leopard, and several lion prides make the park their home.

The Swami River is lined with mangroves, making a boat trip down it both surreally beautiful and a great chance to spot hippos, crocodiles, flamingos and an array of other sea and freshwater birds.

Another special feature of Saadani lies under the white sand of its beaches - seasonally, thousands of tiny turtle eggs. In part due to its status as a National Park, Saadani forms one of the last significant green turtle breeding sites in Tanzania.

Charter flights to Bagamoyo are available from Zanzibar and Dar es Salaam. A public shuttle from Dar es Salaam goes three times per week (four each each way), but road access can be shaky. The park can be reached by road from Dar es Salaam, Tanga and Pangani, but during heavy rains the roads may be washed out.

In the park, several camping sites are available in bush, beach or riverside locations. Safari lodges, resthouses, bandas and tented camps are also available in and around the park.

Saadani's combination of bush and beach makes it an activity-filled destination. Take game drives and guided walks on land, and the next day take to the water with boat trips and swimming. Nearby Saadani fishing village is worth a visit.

Saadani is accessible by road throughout the year. The best time to go is June to February, but during the heavy rains (April-May) the roads may be impassable.