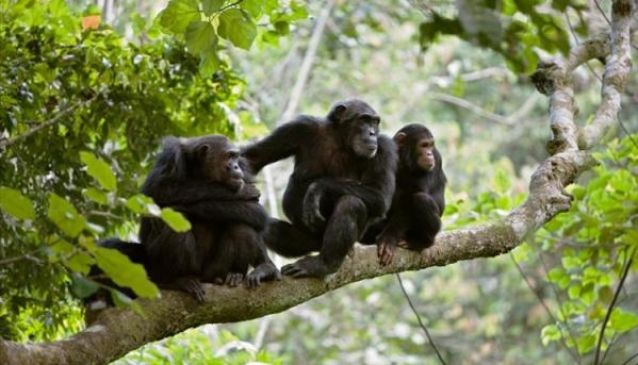 Gombe Stream National Park is a tiny park with a huge and important place in Tanzania's history. In 1960, its population of chimpanzees was the subject of Jane Goodall's pioneering behavioural research program. Now a world-famous example of animal research, the study continues on the site today. At only 52 square kilometres, Tanzania's smallest park contains the perfect conditions for the fragile chimpanzee's habitat.

Just north of Kigoma, the Park covers the slopes and valleys that line the northern shore of Lake Tanganyika. It is one of the best places to view primates in Tanzania and is home to beachcomber olive baboons (also subjects of behavioural research) and two different types of colobus monkeys. The baboons are friendly and habituated to humans, while the monkeys tend to be more elusive. For birders, over 200 species abound in the park.

The Park is also worth visiting for local culture. Lake Tanganyika is a working lake with a basin population of about 10 million people. The fishing villages in the region are friendly and interesting, where you can watch hundreds of small, traditionally built wooden boats bring in the day's catch.

There are a selection of guesthouses and lodges in Kigoma and around Lake Tanganyika. Within the park itself, there is one lodge, a hostel and a guesthouse as well as camping facilities.

The best time for chimpanzee viewing is the dry season, from July to October and then in December, but they can be seen throughout the year.

Most people visit Gombe primarily to see Goodall's famous chimpanzees. To make sure you see the chimpanzees, allow at least two days - the chimpanzees roam freely throughout the park so you can't always predict where they will be. Hiking, swimming and snorkeling in Lake Tanganyika can also be arranged. Village visits are recommended.