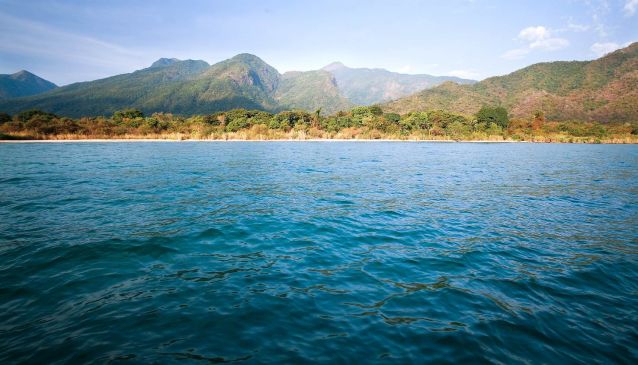 On the borders of Lake Tanganyika lies a large park dominated by the Mahale Mountain chain and one of Tanzania's most impressive chimpanzee populations. The park is located on a jutting peninsula of Lake Tanganyika, offering stunning views of the mountains just being the sandy beaches of the country's most beautiful lake. The Mahale Mountains are a photographer's dream, with six prominent peaks forming the skyline. The largest at 8,069 feet is Nkungwe.

The park's main attraction is its population of about 800 of the region's last wild chimpanzees. A small group of them (approximately 60) have been habituated to humans since the 1960s. Specific rules for interacting with the chimpanzees are enforced in the park. Other wildlife to be seen includes red colobus and blue monkeys and an excellent variety of bird life.

The local people inhabiting the region, the Tongwe people, have a fascinating historical relationship with the park region. Cultural tours and hearing the stories of the group is a fascinating way to explore the region.

Mahale Mountains National Park can be reached from Kigoma by chartered private or national park motorboat. The ride takes three to four hours depending on weather. Charter flights from Dar es Salaam, Arusha and Kigoma are also available. A slightly-off-the-beaten track option is to take the once-a-week steamboat from Kigoma, which takes seven hours.

Two small rest houses, luxury tented camps and basic camping facilities are available within the park. Kigoma offers a variety of accommodation from budget to luxury.

Chimp tracking is the park's most popular activity. Allow at least two days as the chimps are unpredictable and move around often. Hiking and camping safaris are also available. Swimming, snorkeling, and fishing in Lake Tanganyika are a nice way to enjoy the privacy of one of Tanzania's least visited parks.

Dry season and the beginning of wet season (May - November, with light rains beginning in October) are the best time for mountain hiking and forest walks.