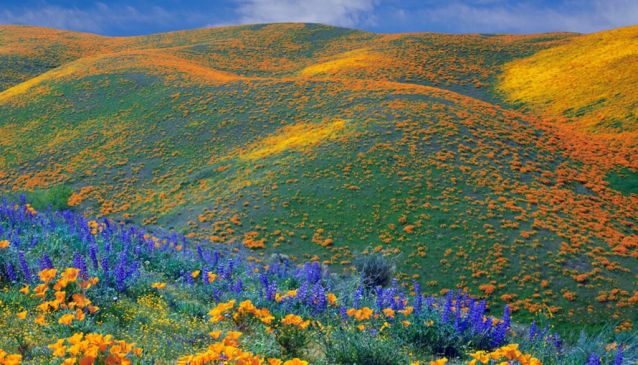 Kitulo National Park is a botanist's dream. The park encompasses some of the more important flora species in Tanzania, on display in diversity and exuberance like few other places in the world. Three hundred fifty vascular plant species, including no less than 45 terrestrial orchid varieties, are found in the remote grassland plateaus that comprise the park. Kitulo is located within the Kipengere Mountain range between Mbeya and Njombe.

While the park will certainly delight flower enthusiasts and hikers in search of a glorious view - especially during blooming season - it's also a haven for birders. Kitulo is the only place in Tanzania to spot the rare Denham's bustard. Endangered blue swallows, Kipengere, mountain marsh widow, and other mountainous bird species can be viewed in abundance.

While big game is hard to find - apart from a few mountainous ungulates - chameleons, lizards and butterflies also abound. With those views, you won't even miss the big five.

The park can be accessed by 4x4 only, so make sure your safari is fully arranged before you go. Headquarters are about 60 miles southeast from Mbeya. The road is rough, but pack your camera - spectacular views begin before you reach the park.

Mbeya is the most popular jump-off point for Kitulo and offers accommodations from budget to luxury. Simple accommodations can also be found in Matamba and Matema beach.

Apart from gawking at the orchids, Kitulo offers some of the best hiking in Southern Tanzania. Good trails ranging from less than an hour to a half day are easy to find, or just wander across the wide grassland plains. Lake Nyasa's Matema Beach is well worth the half-day hike across Livingstone Mountains.

Wildflowers erupt at their most abundant between December and April. September and November are prime for hiking, but good hiking can be found throughout the year. Between June and August, visibility suffers.