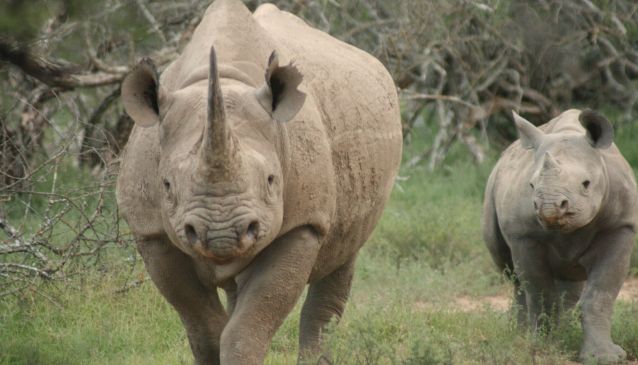 While still in its early stages and lesser known in the region, the park has an important population of black rhino. The dangerously endangered species was reintroduced to the area in the 1990s and now live in a fenced sanctuary while the population is still in this fragile state. The equally endangered African Wild Dog was also introduced into the refuge of the park in the 1990s and can be seen throughout the park. Other wildlife includes elephant, giraffe, eland, zebra and buffalo. Interesting ungulates to be found include the spiral-horned lesser kudu and the gerenuk, a species of gazelle known to stand on its hind legs and stretch its long neck to eat the upper levels of grazing foliage. There are also over 450 bird species to be found, from dry savannah species to soaring mountain birds.

The park boasts a scenic vista of savannah populated by large baobabs, undulating hills, and the two important mountain chains.

The park is easily reached from Moshi by 69 road miles. It can also be reached from Arusha and Dar es Salaam by road (private vehicle, luxury bus or local buses are all available). The jump-off point for the park is the town of Same (accessible from the highway running between Arusha and Dar es Salaam). Charter flights can also be arranged. Visitors to the Usambara and Eastern Arc Mountains will find this a convenient way to incorporate a safari into a coastal mountain trip.

Basic campsites with minimal facilities are available in the park.  For luxury-tented accommodation in the park, Babu's Camp is approximately 2 hours from Arusha.

The black rhino sanctuary is a highlight and an excellent place to learn about conservation activities in Tanzania. Game drives, walking safaris; mountain/hill hiking and bird watching are all available in the park.

The park is at its most beautiful between March and June, when the flowers are blooming and the land is lush and green after the rains. Game viewing is best from late June to early September.