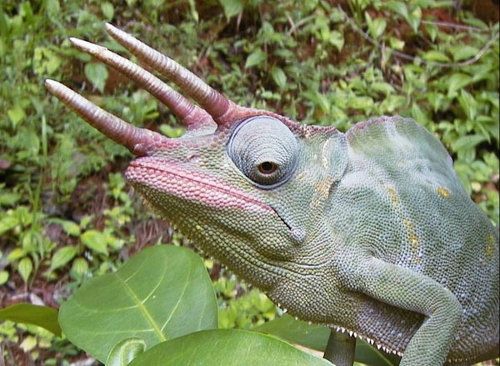 Nestled at the base of the central Usambara Mountains, the Amani Nature Reserve is well off the beaten path of the usual safari circuit, but makes a perfect stopover on longer trips and while driving to the Swahili Coast. It's quiet, tranquil setting offers the perfect opportunity to relax from the rigorous schedule of vehicle-based safaris. Although the area has been the focus of conservation efforts and botanical research for over a century, the Amani Nature Reserve has only been a protected area since 1997. International efforts to preserve the beauty of the Usambara forests within its boundaries have met with much local success.

Guided nature walks, prohibited in Tanzania's national parks, are a unique feature of the nature reserve and offer an exciting opportunity to view the flora and fauna of the area up close. For the aspiring African botanist, Amani Nature Reserve's incredible diversity of plant life -- between 600 to 1,000 different species -- is sure to attract. The East Usambara Conservation Area Management Programme created and maintains the nature trails, as well as training guides in an effort to encourage village collaboration and conservation efforts. Short or long walks can be arranged, and the guides are very knowledgeable about local species, bird and insect life, and traditional plant uses.

Kigosi Game Reserve is an important breeding area for rare water birds including the Wattled crane and Shoebill stork. The area consists of woodland in the north and grassy swamps in the south.

Closed to visitors during the hunting season (from July to December) to accommodate private hunting safaris, Lukwika-Lumesule Game Reserve welcomes visitors only six months of the year, but heavy rains restrict access to only a few weeks in June. The reserve adjoins the Niassa Reserve in northern Mozambique and although wildlife ranges freely through the Ruvuma River that separates the two, there are no bridges or border crossings for visitors.

Maswa borders the south west part of Serengeti National Park and is an extension of the Serengeti ecosystem. The reserve consists of river valley thickets, acacia parkland and open plains, making it an ideal walking area.

Monduli Mountain lies north of Arusha and overlooks the floor of the Great Rift Valley. Both leopard and buffalo can be found in the forest areas while the plains are alive with other species.

A small game reserve near Tanzania's southern border with Mozambique, Msangesi, like the Lukwika-Lumesule Game Reserve to the south, is open only to private hunting safaris during the July to December season. Concentrations of game are lower than in other national parks and game reserves, and heavy rains from March to May limit visitors' access to only a few weeks of the year.

Ugalla can be found in the centre to west of the country and is a large reserve situated on the Ugalla and Wala rivers. The flood plain alongside the rivers provides year round water for elephant and other game.

The Wildlife Reserves are administered by the Wildlife Division of the Ministry of Natural Resources and Tourism, though Selous is the only reserve with tourist infrastructure.