Top 10 Things to Do in Tanzania

Being home to Africa’s highest mountain and several famous national parks and game reserves has put Tanzania on the travelling map, making it one of the continent’s most popular destinations. It is famous for its rich diversity in wildlife and offers plenty to see and do; here are the top 10 things to do whilst in Tanzania:

Standing 5,895 metres above sea level, Mount Kilimanjaro is the highest mountain in Africa, making it popular among climbers from all over the world. The mountain consists of three peaks, Shira, Kibo and Mawenzi, with the Uhuru peak on the Kibo crater rim being the highest. Climbing this dormant volcanic mountain isn’t easy, however there are plenty of tour options which allow for different climbing abilities. Hiking tours are also available at lower levels of the mountain, where travellers can explore the Shira Plateau, craters and wildlife whilst capturing plenty of scenic views. The natural park surrounding the mountain is a UNESCO World Heritage Site, which can be enjoyed by those who do not wish to climb.

This UNESCO World Heritage Site comprises of 1.5 hectares of savannah and a wealth of wildlife, making it the oldest and most popular national park in Tanzania. Famed for its annual great migration, the park sees an influx of zebra, Thomson’s gazelle and wildebeest stomp through the vast open plains, followed by their predators including big cats. Balloon safaris over the national park are available all year round, offering a unique view over the picturesque Serengeti with flawless photography opportunities of the wildlife and scenery. The balloons used have the capacity of carrying up to 16 people and often include champagne breakfasts in the bush followed by a drive through the national park. 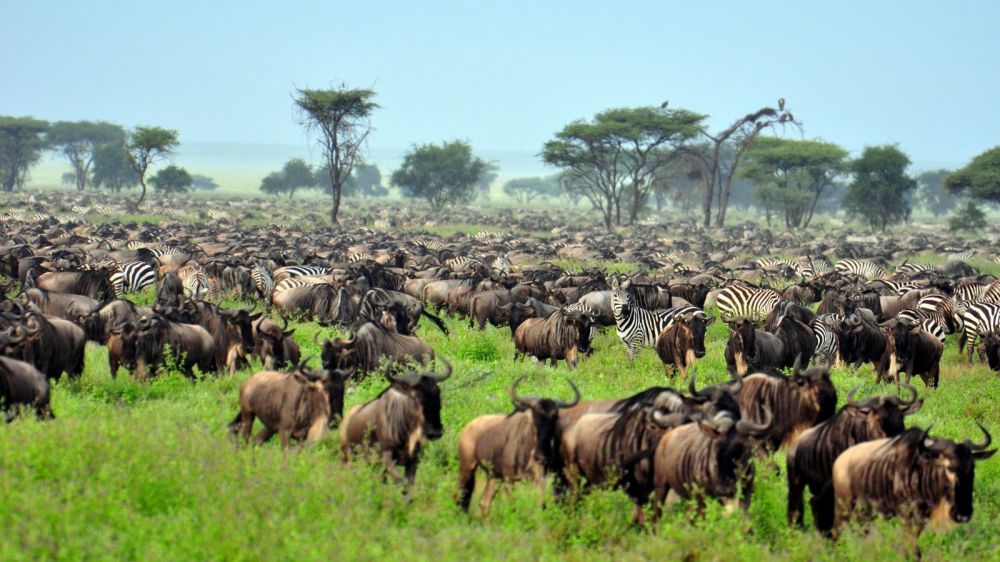 3. Game Drive in the Ngorongoro Crater

Home to some 25,000 animals, the Ngorongoro Crater is a world-renowned place of wonder and is another UNESCO World Heritage Site. The Ngorongoro Conservation Area sees humans living alongside wildlife in this volcanic caldera. The crater was formed when a giant volcano once exploded before collapsing on itself two to three million years ago and has since flourished into a natural enclosure for wildlife including lions, wildebeests, zebras, rhinos and buffalos. Game drives take place within the conservation area and are a great way to see the wildlife in their natural habitat.

The island of Zanzibar is bursting with an array of beaches, which can be the ideal way to relax after a safari. The east coast provides continuous coral reef with white sandy beaches, lined with coconut palms and small coves that shelter from the wind. Non-tidal beaches can be found along the northwest coast of the island, between Nungwoi and Kendwa, allowing for all day swimming whereas the coral cliffs and lagoon coves of the southwest allow for an escape to a less touristy spot. The southwest islands have secret beaches that make for perfect picnic spots whilst the northeast island of Mnemba is suggested to be one of the finest beaches in Zanzibar.

The Stone Town of Zanzibar is a unique place filled with an intriguing history, being a Swahili coastal trading town. Explorers, exotic spices, sea traders and Sultans are all part of the history of Stone Town and many historical sites remain intact to be visited. It is a UNESCO World Heritage Site and comprises of interesting architecture of coral stone buildings in narrow streets, with a range of influences from various cultures and traditions being imprinted across the area. A non-governmental organisation of over 200 members of citizens of Stone Town work to preserve the areas heritage and culture. 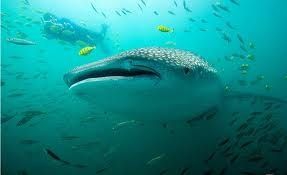 Situated off the coast of Tanzania, Mafia Island is the largest of a small archipelago of islands. The island is known for its deep sea fishing and scuba diving, with most of the island’s residents being fishermen. Aquatic life is plentiful off the coast of the island, with coral gardens remaining unspoiled through the protection of the Mafia Island Marine Park. Situated between the Rufiji River delta and the open Indian Ocean, the park combines a diverse range of unique landscapes under the sea. With outstanding reefs, divers can swim with whale sharks as well as over 400 species of fish. The island hosts several dive sites that vary for all diver levels from beginner to experienced.

7. The Ruins of Kilwa Kisiwana

This UNESCO World Heritage Site was once a flourishing Arab city-state until the majority of the population moved over to Kilwa Masoko. Kilwa Kisiwana now sits as ruins of a major medieval port on an island just off the coast of Tanzania. This port was greatly admired by early European explorers, as much of the trade that took place in the Indian Ocean passed through Kilwa Kisiwana. Merchants of Kilwa once dealt with an array of items from across the world between the 13th to the 16th century. The ruins include mosques, an Omani fortress, graves and the remnants of what was once the largest building in sub-Saharan Africa, the Great Palace. 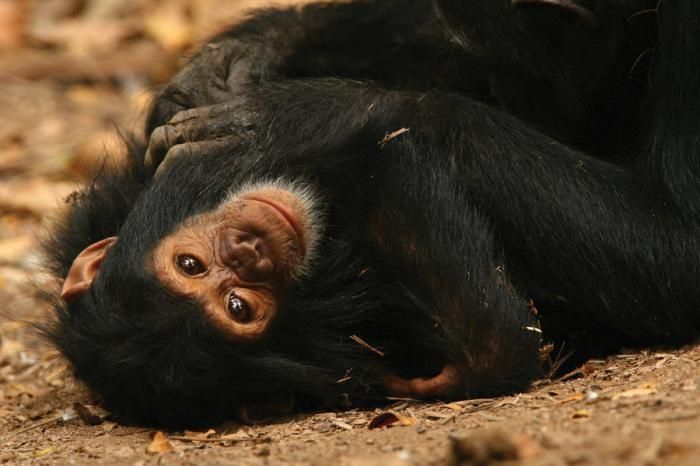 Stretching over 20 square miles, this fragile strip of chimpanzee habitat is the smallest national park in Tanzania, sitting along the steep slopes and river valleys near the northern shore of Lake Tanganyika. This unique park became world renowned when Jane Goodall, a conservationist, founded The Gombe Stream Research Center in 1965, to advance the revolutionary findings about chimpanzee tool-making and other behaviours. The chimpanzees are now accustomed to human visitors, with beachcomber olive baboons also habituating the area as well as over 200 types of bird including the fish eagle. During the evenings, hundreds of small boats can be spotted bobbing on the lake, with glowing lanterns creating a picturesque setting. Chimpanzee treks are held in the national park, but visitors can also hike, swim, snorkel and visit local sites.

Living close to the game parks, the Maasai are a world-renowned tribe situated in northern Tanzania, known especially for their unique customs and dress. Although very little is known about the origins of the Maasai tribe, their family history spans over a 2,000 year period. Maasai village and cultural tours are available to allow tourists to experience the authentic lifestyle of the Maasai people whilst acting as a two-way learning experience. Whilst tours vary, most will include a night stay in a Maasai village, giving guests a chance to immerse themselves in this way of life.

Covering an area of more than 50,000 square kilometres, the Selous Game Reserve is the largest game reserve in Africa and one of the largest protected areas in the world. The reserve runs across five regions of Tanzania, covering 5% of Tanzania’s land area whilst including the largest concentrations of elephants and buffalo. Leopards, wild dogs, lions, hippos, crocodiles, giraffes, wildebeest, antelopes and a range of bird life as well as other animals can all be spotted in the reserve. The Rufiji River is a main geographical feature to the reserve and boat safaris along the river can provide the opportunities to see a wide range of flora and fauna. 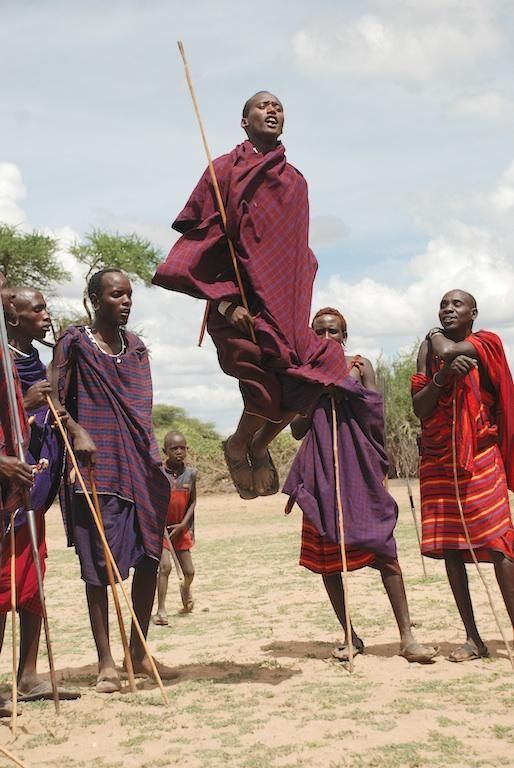