Imagine the atmosphere at the Royal Ascot Races in Britain – people dressed in their best clothes, women in their big colourful hats, and everyone tensed for the race to start, cocktail in one hand and the bet in another. The bugle is sounded and out bursting from the pens are…goats?

Bemused, the people cheer on the band of goats merrily trotting away around the ring, urged by their respective owners behind them who cajole them to be the fastest. Their numbers emblazoned on the bibs on their back is mixed with the layer of dust thrown from their stampeding hooves.

This is not a normal official race to be seen around the world. It’s a very locally unique one. This is the Annual Goat Races. 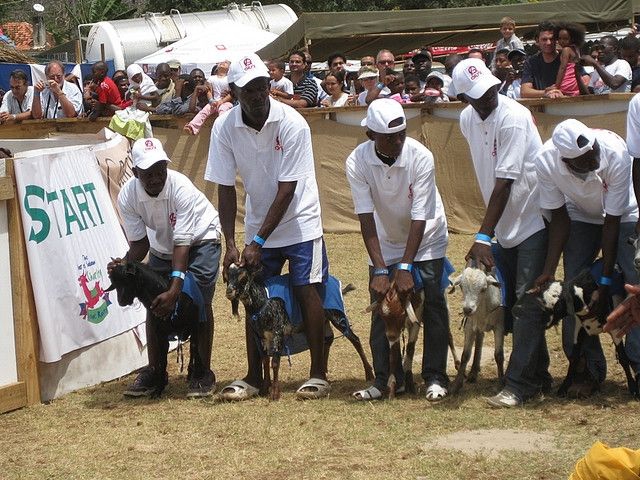 Based in Dar Es Salaam in Tanzania, this has become a figure on the local calendar since 2001 when the idea was first brought over from neighbouring Uganda. It is actually in fact, modelled on the Royal Ascot Horse Races.

Set up to bring the community together to support their aims, The Goat Races is a time for fun, silliness and laughter. It can be compared to major day-long festivals around the world and still retain its uniqueness that makes everyone in the area to attend.

Recently, the last Annual Goat Races was held on 1st June 2013 and looks set to continue next year after an extremely successful fund-raising event.

Seven Races are held throughout the packed six hour event. Just before each race, there is a chance to place your bets for aptly named goats. Each will correspond to run in fantastically-named race such as ‘The Southern Sun Fillies Frolic’ or ‘The Erolink Racy Recruits.’ 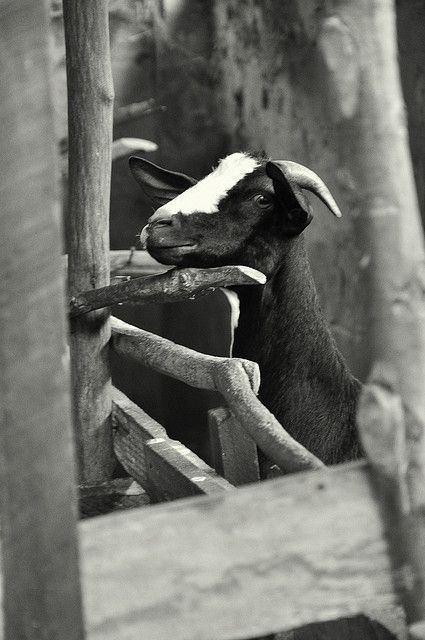 The winning goat and its sponsor will be celebrated amid a trophy ceremony at the Winner’s Podium.

Not only there are just goat races to see, people can actively get involved themselves to win a trophy of their own – not a goat lookalike contest! There is a fancy dress code which the locals really adhere to get into the spirit of an electric atmosphere. Prizes, usually in the form of travel tickets and air tickets, are given to the best dressed couple, most colourful and creative hat, best dressed group and best children’s fancy dress. The locals absolutely put in the effort and visitors are usually put to shame.

There are other competitions to get involved in with the locals. Raffles with prizes of safaris and flights, guess the goat’s name and the Wonder Welder Goat Trophy that could be yours.

The Goat Races wouldn’t be complete without the Food and Beverage stands to supply hungry and thirsty spectators. The food is made with local ingredients that will delight your taste buds and don’t forget to wash them down with refreshing alcoholic and non-alcoholic cocktails.

To ensure that the goats are well looked after, there is a vet on site to regularly check the condition and welfare of the event’s most important participants.

Throughout the day, you will have the chance to meet representatives of the local causes that the Goat Races are raising for. 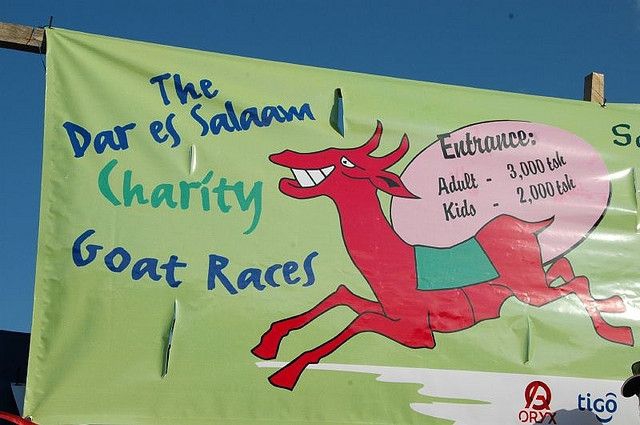 The main aim of The Goat Races is ‘to raise money to support small local organisations and charities that will use the funds to make a significant and sustainable impact on their work.’ They also create wider awareness in the local community that there are those less fortunate than themselves who need the support.

These aims have been extremely successful as for the last decade; The Goat Races have raised 600 million Tanzanian shillings (£236,609). This not for profit organisation distributes the funds to the charities differently picked every year. In 2013, the main beneficiaries were:

- Other orphanages and education centres

These funds have been gratefully received and have made a significant difference to the local charities within the local communities.

If you would like to get involved in the Goat Races or even to support the charities they will fund, please contact them:

Have a go yourself sponsoring a goat or even enter into the race in your fancy dress. The locals will love you!