Top 10 Mountains and Volcanoes in Tanzania

Climbing Kilimanjaro, Africa's highest mountain, is one of the world's great adventures

Rising over 5km from the surrounding plains to a peak of 5892m, Kilimanjaro, a national park, and a World Heritage Site since 1989, is Africa’s highest mountain. Kilimanjaro is located north of Tanzania near the town of Moshi and is a protected area, carefully regulated for climbers to enjoy without leaving a trace of their presence.
The mountain’s ecosystems are as strikingly beautiful as they are varied and diverse. On the lowland slopes, much of the mountain is farmland, with coffee, banana, cassava, and maize crops grown for subsistence and cash sale. A few larger coffee farms still exist on the lower slopes, but much of the area outside the national park has been subdivided into small plots. Once inside the park, thick lowland forest covers the lower altitudes and breaks into alpine meadows once the air begins to thin. Near the peak, the landscape is barren with rocks and ice the predominant features above a breathtaking African view.
Climbing Mount Kilimanjaro is the highlight of most visitors’ experiences in Tanzania. From the peaks there are breathtaking views of Amboseli National Park in Kenya, the Rift Valley, and the Maasai Steppe, that belongs to Kilimanjaro. 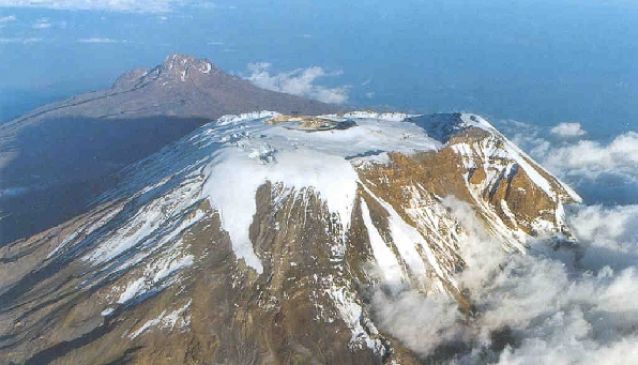 Some visitors to Tanzania treat Mount Meru as an acclimatization trip before attempting Mount Kilimanjaro. A visit to this spectacular mountain, located within Arusha National Park, is an unforgettable experience.

Its lower slopes are covered in dense highland forest, where colobus monkeys play and buffalo graze concealed beneath the thick foliage. The mountains vegetation is similar to Kilimanjaro’s though the high altitude glaciers and ice fields are absent. The extinct volcano’s extensive base gives way to a perfectly formed crater, and another internal crater whose walls are sharp, sheer cliffs. The Momela Lakes and Ngurdoto Crater are visible from Meru’s slopes. 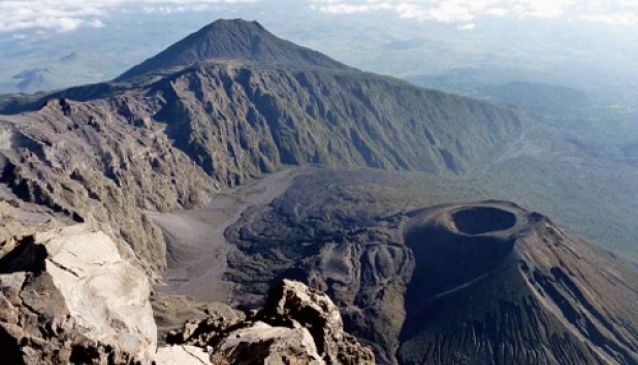 Rising up from the floors of the Rift Valley, the Crater Highlands form a lush chain of mountains and volcanoes that includes the Ngorongoro Conservation Area.

Hiking safaris take visitors from Ngorongoro Crater to the foot of Ol Donyo Lengai and offer visitors a chance to see some of the most spectacular and stunning scenery in Tanzania. Exploring this little-visited wilderness is the hiking adventure of a lifetime, an exciting if hair-raising prospect. 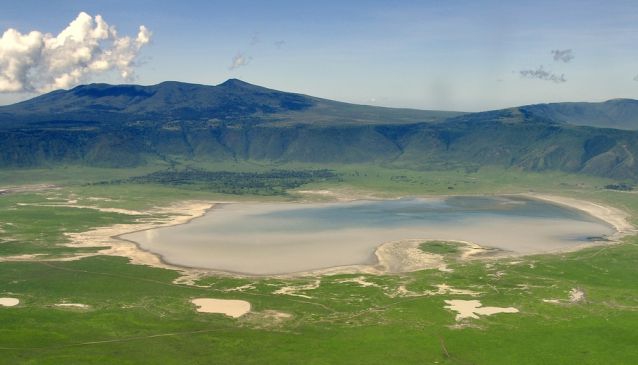 The Mahale Mountains are a photographer's dream, with six prominent peaks forming the skyline. The largest at 8,069 feet is Nkungwe. 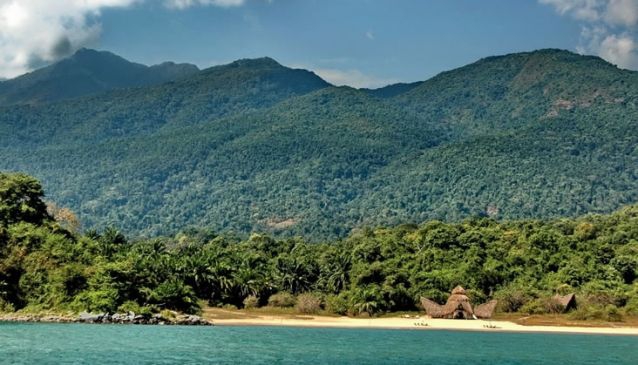 Located west of Dar es Salaam are the Udzungwa Mountains, an immaculate forest-cloaked wilderness whose 1900 square kilometers are among the most biodiverse on earth. Vervet monkeys play high in the forest canopy, and small forest antelope can be viewed at the right time of day. Botanical diversity is exceptional, and the park is host to a large number of endangered bird species.

Views from the peaks of the mountains, towards the Selous Game Reserve and the distant Indian Ocean coast, are incredible and well worth the effort.  The Udzungwa Mountains offer visitors the opportunity to view several species of primates and endangered birds in a beautiful African rain forest. Five distinct trails cover the forests and mountain peaks within the park, and offer varying levels of difficulty for everyone from novices to experienced trekkers. Better yet, there are no roads through the Udzungwa Mountains National Park, so hikers have the area all to themselves. 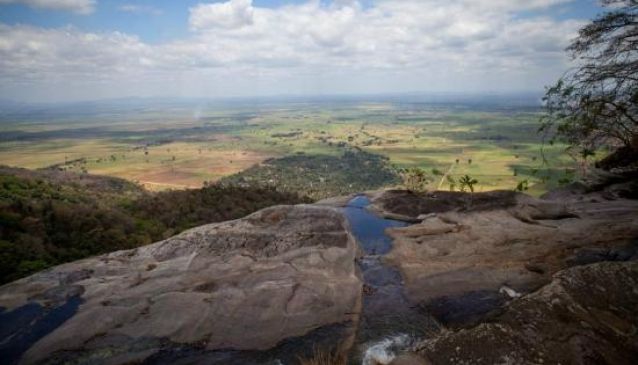 Masaai pastoralists herd their cattle along the slopes and cultural tourism programmes give visitors the opportunity to learn about traditional medicines and local Maasai culture. The Maasai village of Emairete occupies a crater that was once considered sacred. 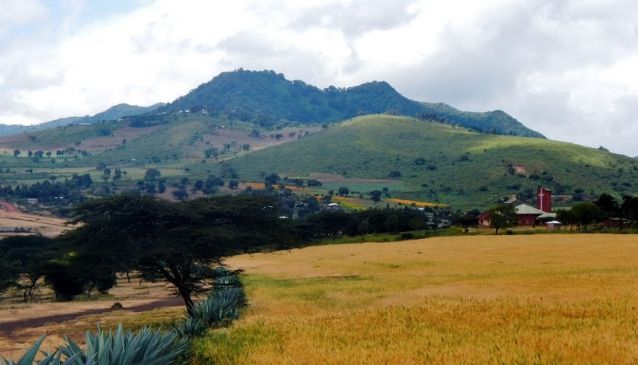 A two- day climb takes trekkers through numerous tribal areas, including the land of the semi-nomadic Barabaig, recognizable by their goatskin garments. 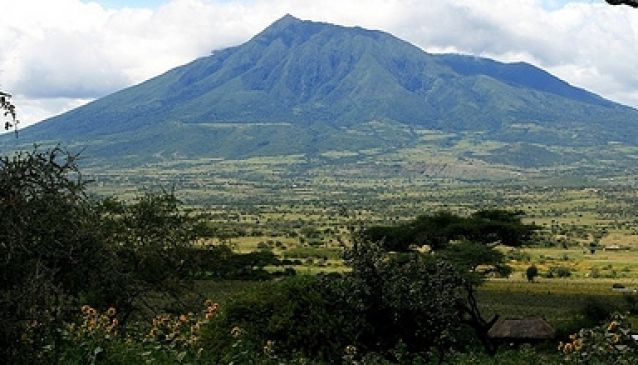 Rising up at the south end of Lake Natron and the bush land of Kenya to the north, is East Africa’s only active volcano, Ol Donyo Lengai, whose Maasai name means ‘The Mountain of God’. The volcano erupts sporadically, sending small streams of grey lava down the crater rim and spitting hot ash high into the air.

The climb, undertaken overnight so hikers can experience sunrise over the Rift Valley escarpment, is highly challenging. 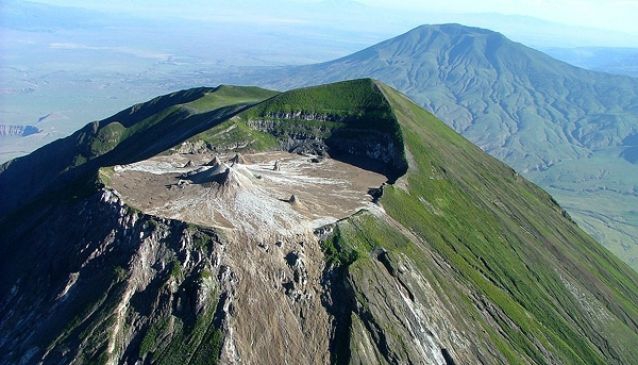 Southwest of the Pare Mountain, and also belonging to the Eastern Arc chain are the craggy and mist-shrouded Usambaras. Their western and eastern ranges are divided by a 4 km wide valley of small villages and farms, and hiking trails cover the foothills and larger peaks.

Day walks and overnight treks take visitors through some of the most concentrated areas of biodiversity in Africa. Bird watching is especially rewarding, and the views from the mountaintops stretch over the Masaai Steppe and, on a clear day, as far as the Indian Ocean. 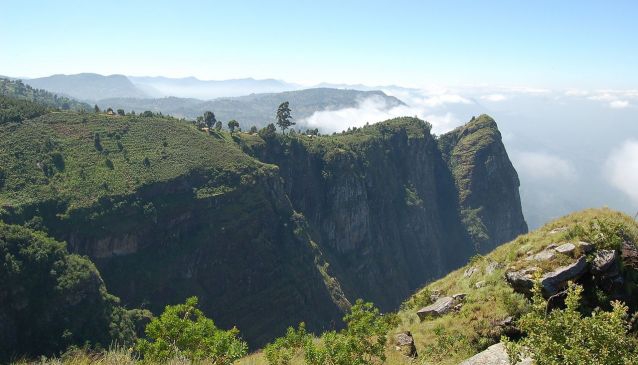