Tanzania is a beautiful country offering an abundance of activities. Renowned for its wildlife safaris and the stunning Serengeti National Park, famously used as the location for The Lion King, Tanzania is a destination designed for adventure-seekers. Discover unspoiled beaches across the mainland, epic trekking up the highest peak in Africa - Mount Kilimanjaro - and the never-ending beauty of the island retreat, Zanzibar. What many travellers don’t realise, however, is that Tanzania is one of the oldest inhabited areas in the world. Remains of pre-human hominids and prehistoric mammals have been found across the country dating back over three million years. 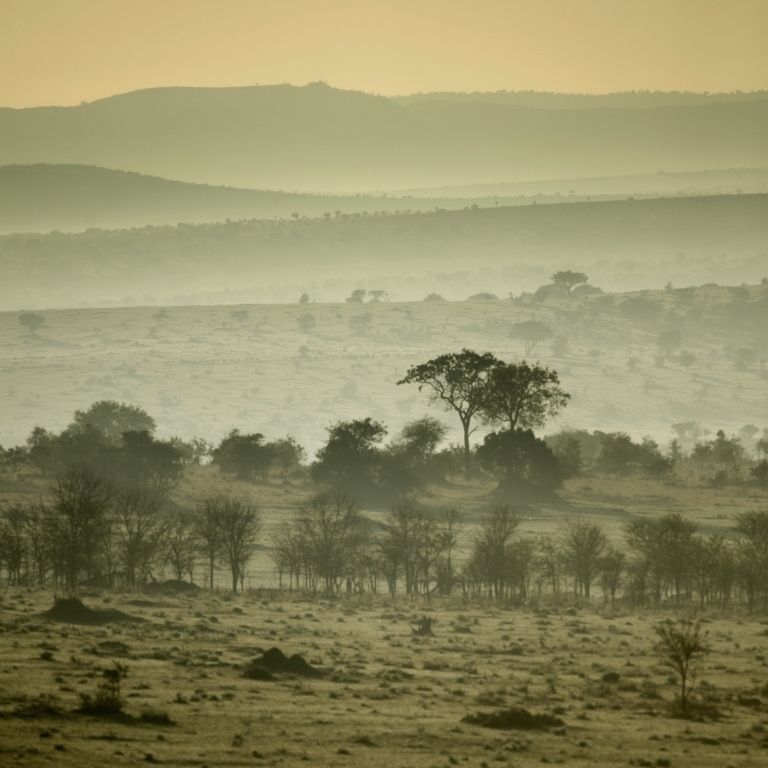 The fossil record from the Karoo of South Africa proves that, many four-legged land animals grazed across southern Pangea before their extinction occurred.  Back then, southern Pangea consisted of what is today known as Africa, South America, Antarctica, Australia and India. Pangea was the name given to the landmass which comprised of these continents, forming a supercontinent surrounded by a global ocean called Panthalassa. The shift caused rainforests to disappear creating vast regions of open desert stricken with drought. This resulted in the largest mass extinction in Earth’s history. At the end of the Permian Period, species like the Dicynodon had completely disappeared. Almost 90% of marine species and 70% of terrestrial species were so greatly deceased it meant emerging herbivores and reptiles could suddenly compete, substituting their amphibian ancestors in the survival of the fittest.

Early archosaurs fossils have been found in Tanzania belonging to a group of reptiles including dinosaurs, birds and crocodiles; all species that are now extinct. Archaeologists are constantly making archaeological discoveries in the national park where the Olduvai Gorge also lies. Measuring 30 miles long and 295 feet deep, the Olduvai Gorge features exposed deposits of fossil fauna, stone tools and hominid remains from nearly 3 million years ago. This spot was also home to the discovery of a 1.84 million-year-old giant Tanzanian horned crocodile species named Crocodylus anthropophagus, meaning man-eating crocodile. 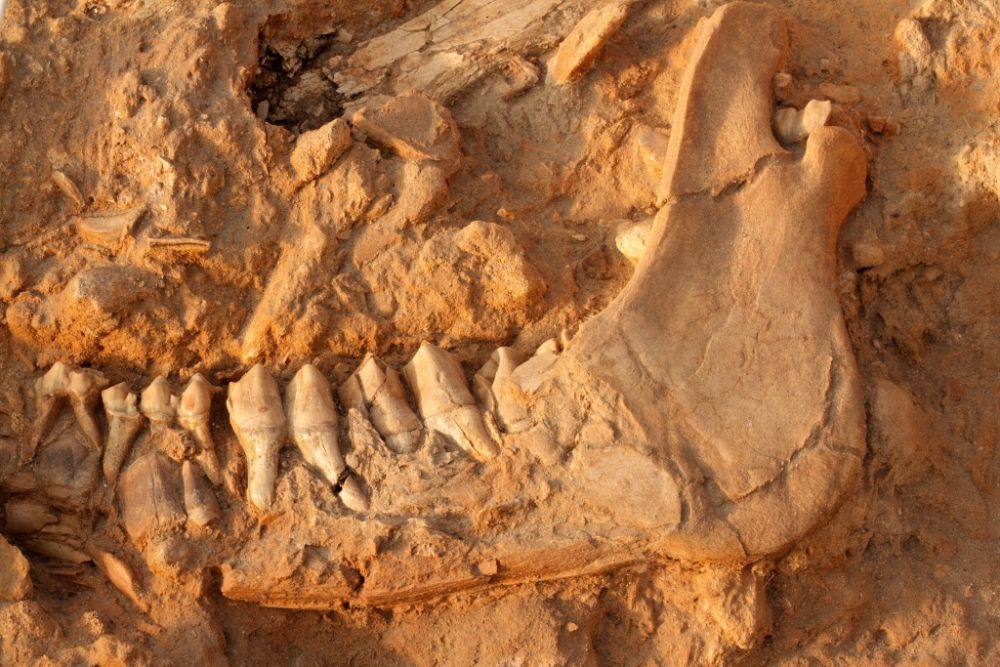 Located 45km south of Olduvai Gorge lies the laetoli footprints where human footprints have been preserved by volcanic ash. The site is actually an area of archeological exploration forbidden from the eyes of the mere traveller, however, castings of the footprints are on show at the Arusha Museum along with many other local findings.

The Rukwa Rift Basin is another fossil hunting hotspot  close to the Zambian border and is where the remains of the old world monkey were recently found. The region forms part of the East African Rift, a tectonic-plate boundary where the Earth's crust is being pulled apart influencing an evolutionary rift and environmental change.

Nicknamed the real Jurassic Park, perhaps the most notable fossil hunting area is the Tendaguru Formation, located east of the Rukwa Rift Basin . The richest of Late Jurassic strata in Africa, large long-necked dinosaurs like the Brachiosaurus have been found here, however , none have been discovered in complete form.

There are plenty of places spread across Tanzania to go fossil hunting but, be warned, it won’t be easy. A local tip when searching for fossils is to find areas in drought, keep your head down until you spot something that looks like a volcanic rock and not a stone. You never know, you might make prehistoric-history! 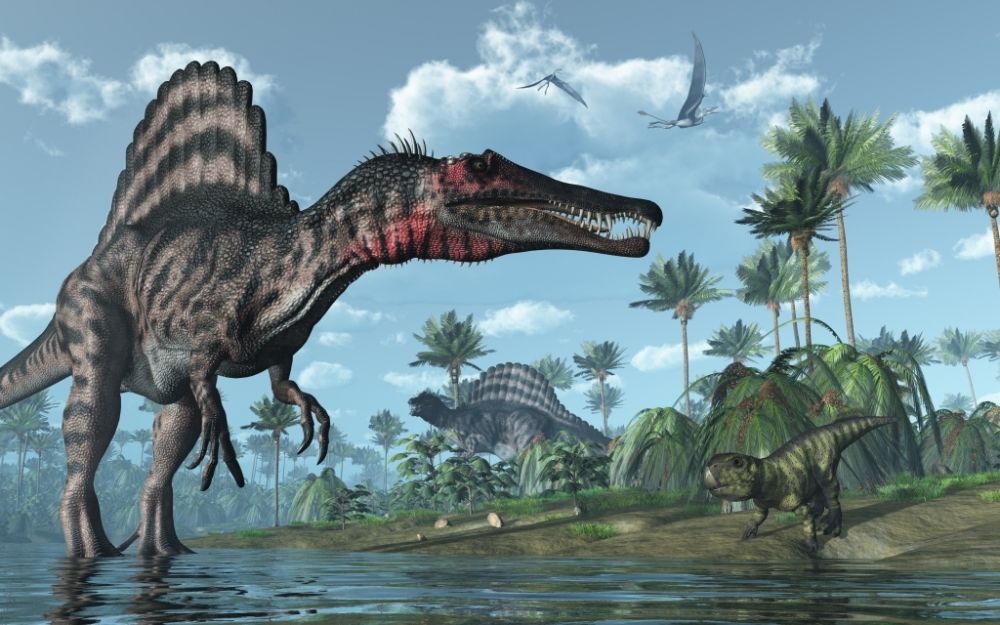 There are plenty of places spread across Tanzania to go fossil hunting but, be warned, it won’t be easy. A local tip when searching for fossils is to find areas in draught, keep your head down until you spot something that looks like a volcanic rock and not a stone. You never know, you might make prehistoric-history!

While dinosaurs are extinct, there is plenty of living wildlife in Tanzania that you can catch a glimpse of whilst you are here. Focusing on  prehistoric history, there are many opportunities to see sea turtles whose origins date back to the Triassic period. Sea Sense is a welfare organization in Tanzania working to raise vital funds for sea turtle conservation, having developed an ecotourism initiative they provide local employment whilst raising awareness about their natural environment. Based in Dar Es Salaam, Sea Sense works in 6 coastal districts and monitors sea turtles nesting on Mafia Island, Pangani and Temeke.

On the shores of Shamiani, the green sea turtle and the hawksbill turtle shuffle onto the island beach to lay their eggs. These previously hunted turtles are both endangered thanks to the fishermen who used to hunt them, however, locals are now working to ensure their survival. Located on the island is Pemba Lodge offering rustic accommodation recommended for nature lovers. With designs on supporting a sustainable tourism philosophy, the lodge is a tropical hideaway respected by all its visitors. You can join the friendly teams at any of the Sea Sense locations and dive straight into an unforgettable experience.