110km west of Arusha is one of the seven natural wonders of Africa. So exceptional in its majesty, it holds the stature of a UNESCO World Heritage Site.

Three and a half million years ago, one of the largest volcanoes on the planet erupted with such a force, the 5,800m mountain actually collapsed in on itself. In doing so it formed a 2,000ft deep and 260 square kilometres wide crater. Originally part of the Serengeti National Park, the crater now resides within the 8,300 square mile Ngorongoro Conservation Area, the only place on Earth where mankind and wild animals co-exist.

The magnificent Ngorongoro Crater attracts over 500,000 visitors each year and it is easy to see why. The journey to the national park leads south east, away from the snows of Kilimanjaro. With each mile you eat up a number of small bumps begin to appear on the horizon. Before you know it, these bumps become small mountains filled with lush green trees with monkeys dancing between the vines. Once at the top, you reach the crater rim, just a few more steps forward and you are greeted with the magnificent view down the Ngorongoro Crater. 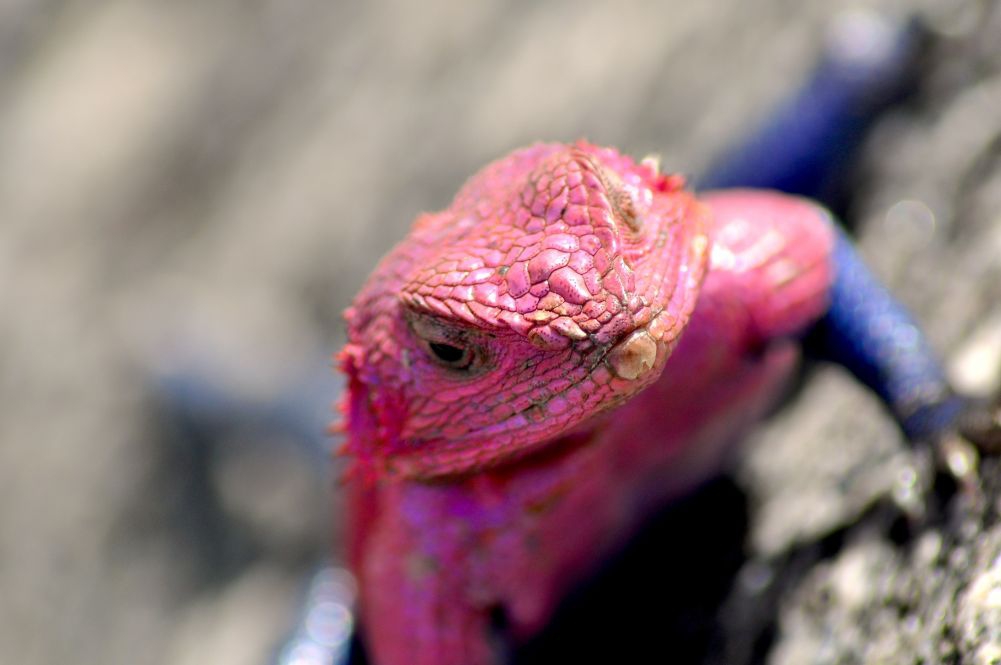 It is an incredible sight. The huge hollow depression seems to go on forever, the sheer scale and height of it is awe-inspiring. From the top between the lush greens of the savannah, you can see huge herds of wildebeest galloping below. A further glance around the crater and you will see one of the large watering holes glittering in a bright pink shade. On closer inspection the pink is in fact a huge flamboyance of beautiful flamingos. The Ngorongoro Crater is widely recognised to have the densest population of animals per square kilometre anywhere on Earth. Up to 25,000 large animals call the crater home; if you are looking to catch a glimpse of the famous Big Five, this is the place to do it. 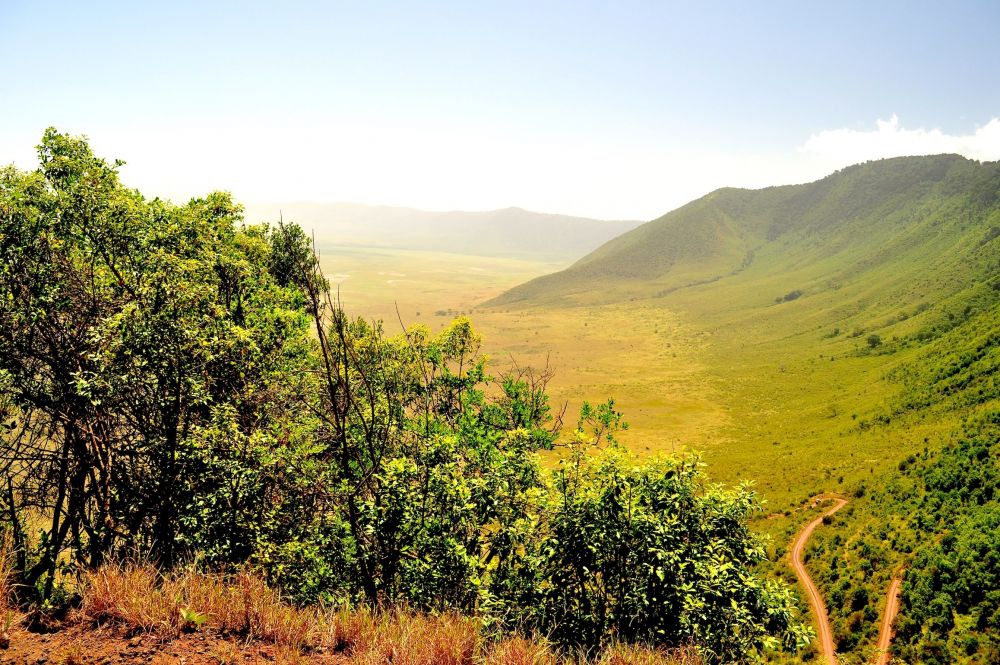 The wildlife here is the main attraction and there no better way to get up close to it all than by 4x4 safari trips. During my visit I was pared up with the aptly named gentlemen, Copacabana. Copa knew all the best parts of the crater and always made sure he got us the best view, much to the dismay of other safari guides who would yell at him over the radio! As soon as we descended down into the crater we were met with three beautiful adult lions, two huge males and a female. The three of them walked gracefully along the green grass basking in the warm light of the morning sun while seeming to stare out at the herds of wildebeest a few hundred yards away. From then on it was animals everywhere you looked!

The numbers of individual species within Ngorongoro is staggering. The largest known population of lions roam the crater. All 62 of them have over 7,000 wildebeest and 4,000 zebras to keep them very well fed. Larger animals include 30 massive elephants and over 4,000 buffalo. One of the main attractions, if you are lucky enough it to catch a glimpse of them, is the stunning black rhinoceros. The rhino is one of the most endangered animals in all of Africa. Due to poaching, numbers have sadly dramatically reduced across the whole continent. Spotting one of the crater’s 26 rhinos makes for an extremely special tick off the bucket list. 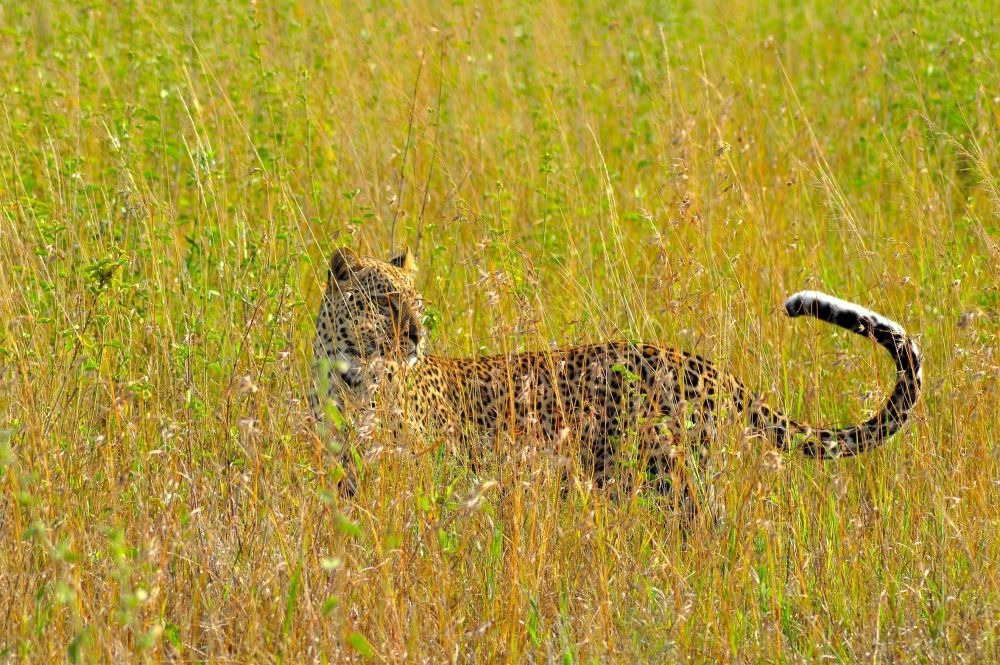 Ngorongoro also plays host to the legendary Great Migration. Over 1.7 million wildebeest, coupled with 260,000 zebra, move south into the national park each December and then head north again in June. It’s a truly incredible sight, the huge animals can be seen for as far as the eye can see in every direction. The migration begins in Ngorongoro and leads all the way to the famous plains of the Serengeti National Park. A visit to this part of Tanzania during the migration is worth every penny.

The Ngorongoro Crater is something really special. A beautiful and unique landscape, captivating every animal lover’s dream. High up on the crater ridge, you can set up camp among the wilderness and really feel a part of the animal kingdom. During my night’s stay, I remember hearing animals eating the grass right outside my tent and the noise of hyenas fighting with monkeys in the trees above. A trip here is an incredible experience and a great opportunity to see some of the greatest creatures on Earth up close and personal in an absolutely magnificent environment. 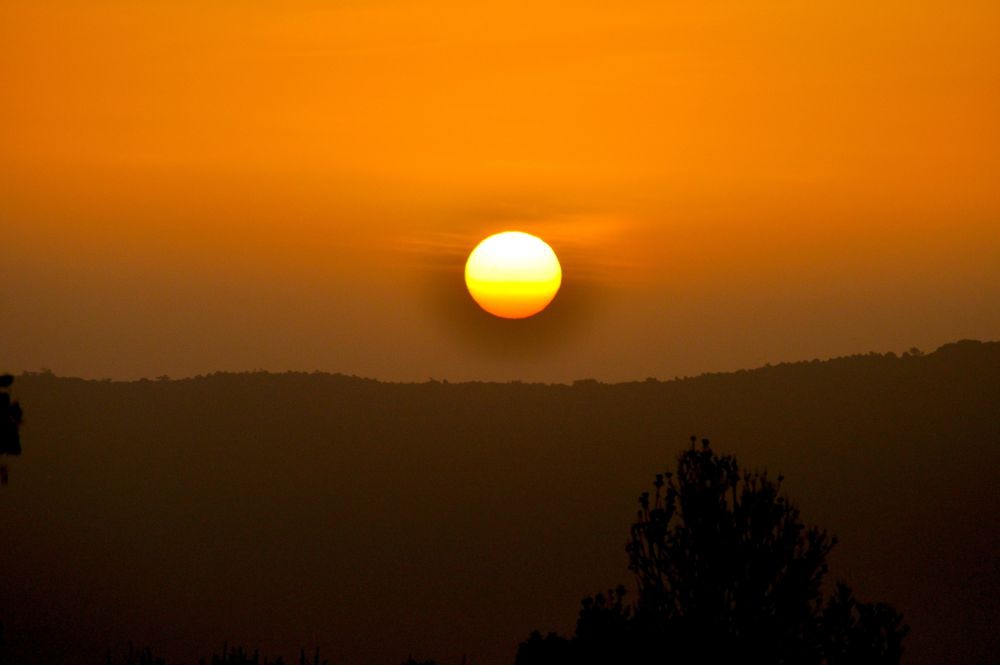