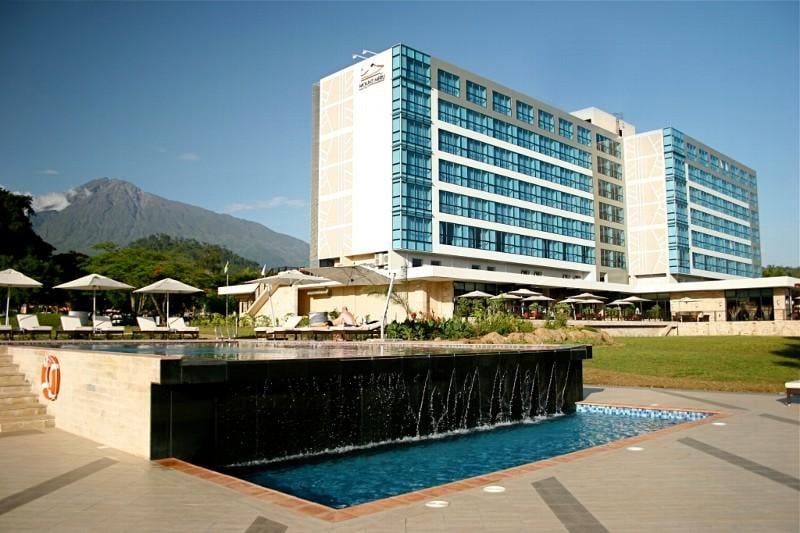 Situated at the foothills of Mount Meru in the city of Arusha, Tanzania, the Mount Meru Hotel is located in 15 acres of lush landscape.  The hotel is also surrounded by some of Africa's most breathtaking vistas, rich with a diverse array of wildlife, etched against the fertile slopes of this beautiful mountain, the fifth highest peak in Africa.

Amidst all the majesty of natural landscape, the hotel humbly echoes the brilliance of the jewel famed by the country of its origin, the tanzanite. It succeeds in beautifully mirroring the surrounding magnificence as the pinnacle of splendour and grandeur Tanzania has to offer. You will have a difficult time finding a more idyllic destination to inspire the imagination and rejuvenate the senses.