The great Migration of the Serengeti is considered one of 'The Ten Wonders of The Natural World’, and one of the best events in Tanzania to witness. A truly awe-inspiring spectacle of life in an expansive ecosystem ruled by rainfall and the urge for survival amongst the herbivores of the Serengeti plains.

The humble leader of the migration is the Wildebeest, known to be lacking in intelligence, earning it the affectionate moniker 'clown of the plains'. In its defence, the Wildebeest is a successful team player and as a gregarious herbivore it reaches up to 1.5 million in numbers as part of the migration. Its intelligence and ability to survive in such a harsh environment as the East African bush lies in its strength in numbers - a super-herd in the seemingly never-ending circle of life of the Serengeti.

Accompanied by 200,000 zebra, 350,000 gazelles and 12,000 eland this strange wonder of the natural world circulates the Serengeti National Park in Tanzania and the Masai Mara Game Reserve in Kenya, its path dictated by rainfall and the resulting growth of grasses on the plains. There is neither a start nor finish to their journey; merely a relentless sequence of life and death. The only beginning is the moment of birth and the only ending is death - which can come only too easily in the migration.

The precise timing of the migration is entirely dependent upon the rainfall patterns each year. Nor is it confined to the un-fenced National Park, and instead seamlessly flows into the surrounding Game Reserves. Between January and March the Ngorongoro Conservation Area and Maswa Game Reserve, south-east of the Serengeti offer refuge during what is the short dry season thanks to its numerous rivers and spring grasses, allowing an opportunity for the Wildebeest to rest and give birth. Up to 400,000 calves are born in a synchronized birthing within just two to three weeks of one another! Unsurprisingly, this period presents a veritable feast for any accompanying predators - and the first challenge in the wildebeest’s life - with hundreds of hyenas and lions scattered across this area taking their chances with a potential glut of vulnerable newborns.

By April the Wildebeest begin their journey, moving in en-mass, head to tail, northwards into the National Park and passing through the popular central area of the park at Seronera. This is also the time of the annual rut, and start of the gestation period (eight and a half months) of the next year’s calves. In May the Rainy season arrives and brings heavy precipitation to the west of the park. Shortly after this the fertile plains bear a heavy cover of grass drawing the migration westward towards it. The Western Corridor including the Grumeti Game Reserve and Ikorongo Game Reserve host the majority of the migration through June, offering the Game a chance to build up their strength for the journey ahead. 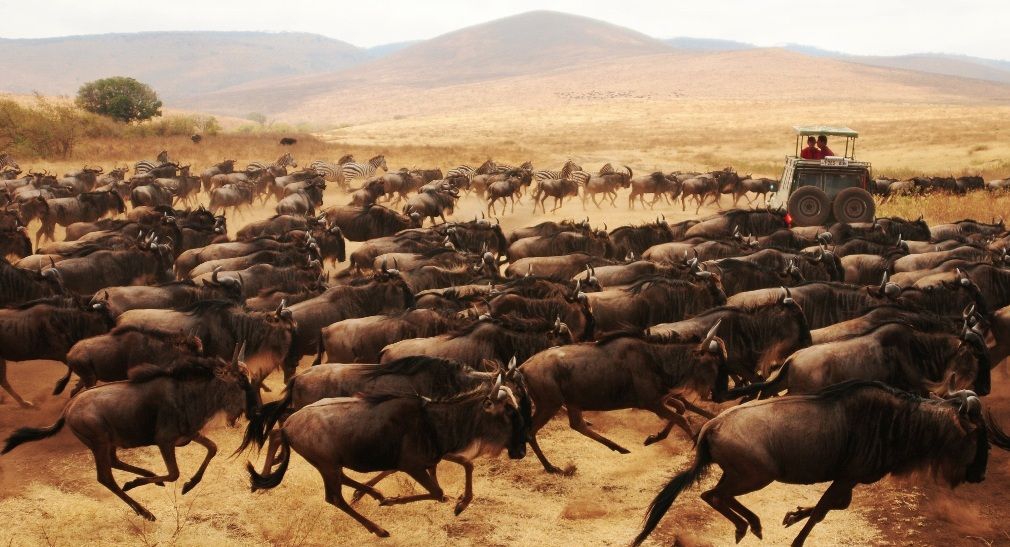 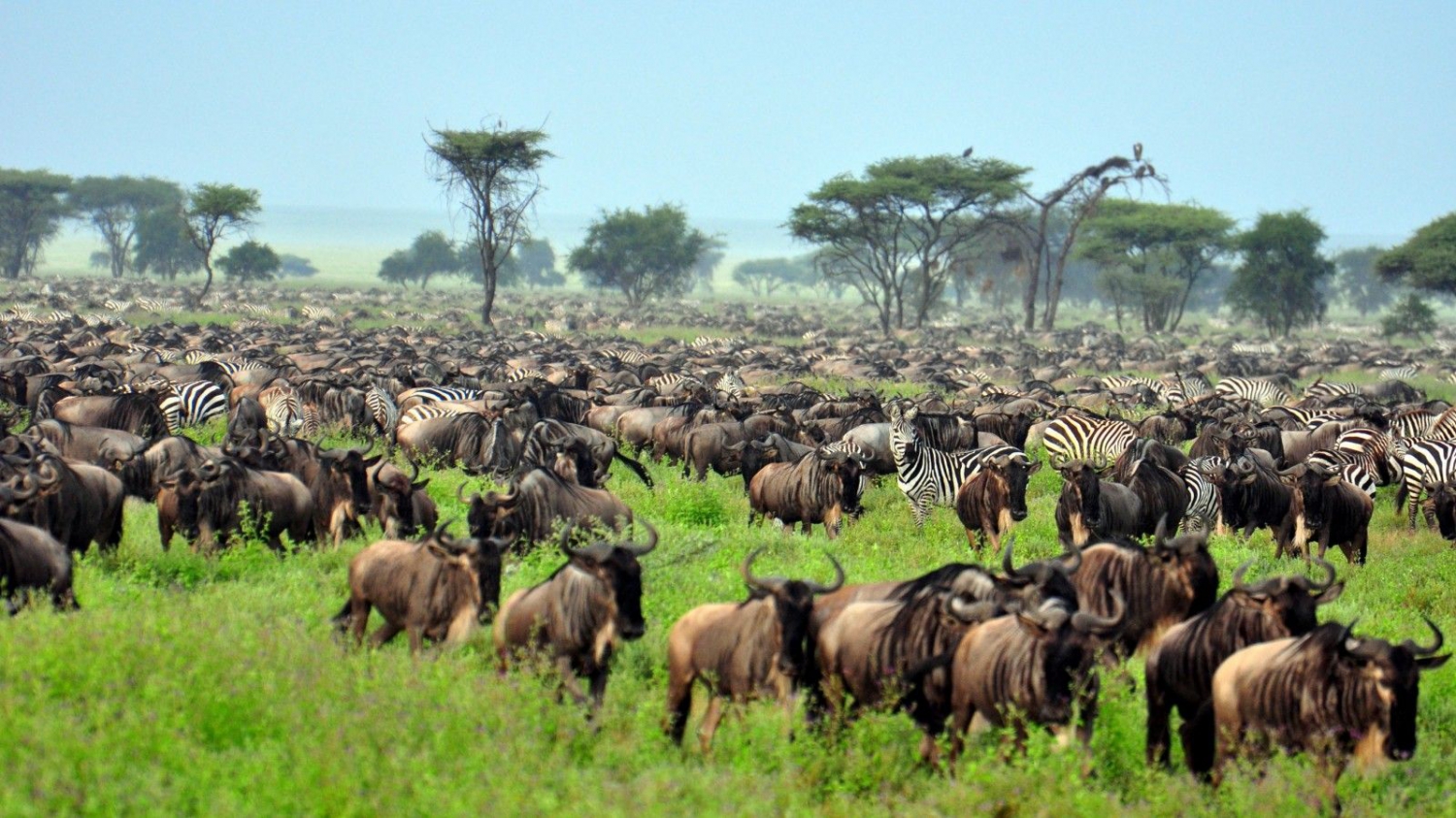 From here the migration heads north again, through the park and towards the Kenyan border where it will arrive by July. It is from this point that the migration takes on one of its most spectacular and deadly advances: - the river crossings; in the Serengeti the Mbalangeti and Grumeti rivers, and in Kenya, the most famous crossing; the Mara river. For most of the year these rivers are relatively placid and often dry, but come the rains they become violent torrents presenting major obstacles to the progress of the wildebeest. The migration arrives at the Mara River in their tens of thousands and gather, waiting to cross. The result has been shown around the world on numerous nature documentaries and is truly awesome show of the deadly reality this migration faces. Many adults and calves are lost to crocodile and lion attacks, drowned or crushed by the herd and calves regularly become separated from their mothers on the wrong side of the river, resulting in little hope for their survival. While such a tragic hurdle in the migration may appear to be a disaster for the wildebeest, the deaths only represent a mere handful of the hundreds of thousands of calves born each year. Without a degree of natural mortality, the wildebeest population could spiral out of control and totally change the balance of this expansive ecosystem in which they perform a lead role.

Once reaching the grasslands of the Masai Mara in August, the wildebeest spend several months feeding and fattening once more, taking advantage of the scattered distribution of green pastures and isolated rainstorms.  Continuously they will seek areas of good grazing in the Mara, enabled by their evolved ability to travel large distances very quickly and economically. By late October, the first of the short rains fall on the scrawny grass plains to the south of the Serengeti, filling seasonal waterholes and bringing fresh growths of grass. The wildebeest will instinctively start heading south again, trekking down through the eastern woodlands and back into the Ngorongoro Conservation Area. The Wildebeest scatter and spread out again once they reach the open plains having completed a journey of over 500 miles. With 90 per cent of the cows heavy with the new season’s young the journey is ready to start once again with the birth of the next generation of calves.
For any visitor to the Serengeti, the wildlife spectacle of the migration offers a huge enhancement to what is already an overwhelming sight. Many of the lodges and safari camps are located in great positions for the arrival of the migration in their area and throughout the park numerous luxury mobile camps pop-up in time for the arrival of the herd. Other than during the August to October period when the migration is in Kenya, Tanzania is the place to be for this natural wonder. And should you be unable to visit the location of the migration during your visit, don’t worry, life still goes on throughout the park, with smaller groups of wildebeest, zebra and gazelles remaining resident in the more fertile areas of the park throughout the year; the lazy or the clever ones? We'll let you decide! 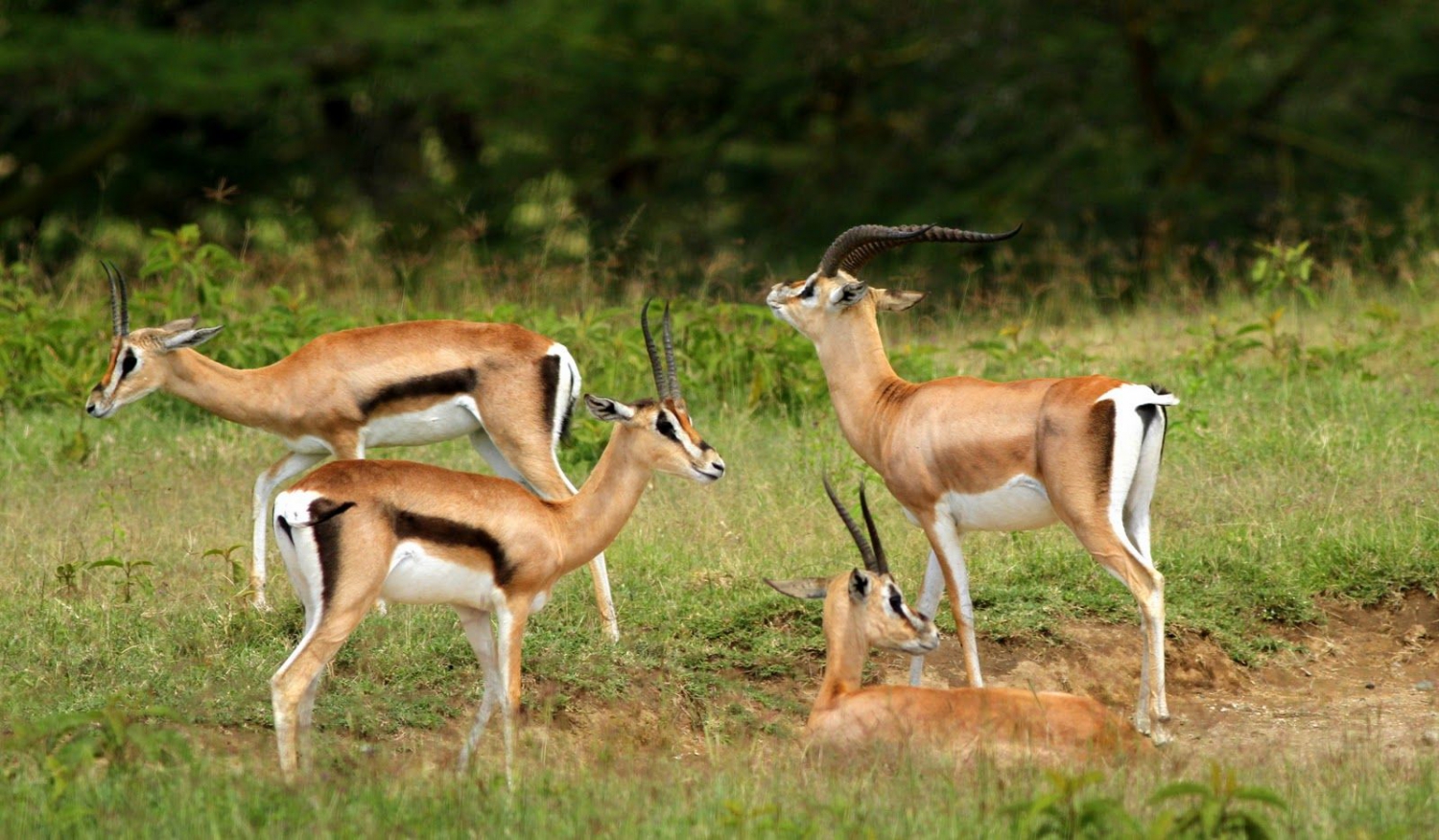 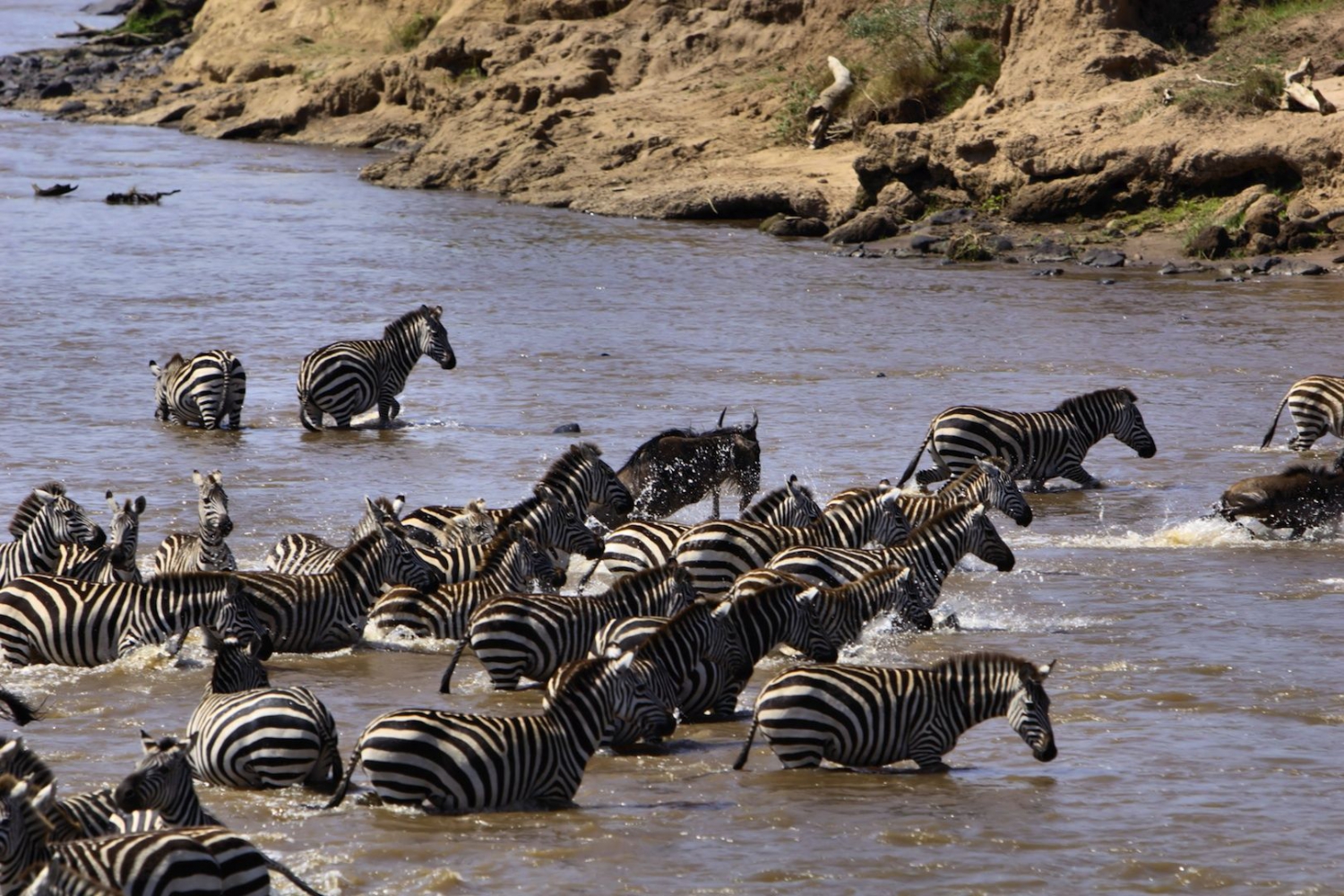