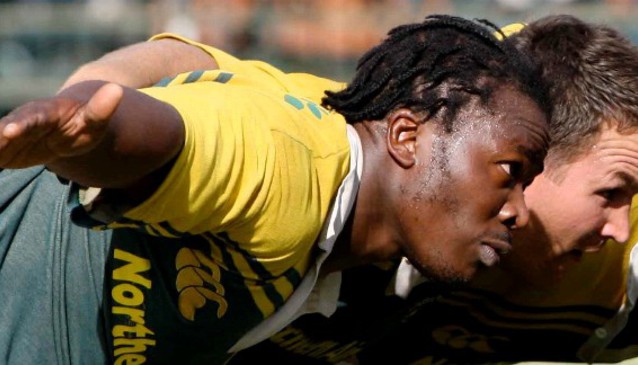 The Arusha Rhinos RFC is a Rugby Union Football Club based on the outskirts of the city of Arusha, Tanzania. They are a member of the Tanzania Rugby Union and are one of 4 registered clubs in the TRU. The club competes annually in the domestic championship which typically runs from January to March, as well as sending teams to participate in Sevens tournaments both within Tanzania and around East Africa.

Training sessions are held on Tuesdays and Thursdays from 17.30 - 19.30 at the Heron Recreation Centre near the Arusha Airport.

An increasingly successful and vitally important component to the Club is Rugby Development and Club personnel tasked with this venture continue to make major inroads in exposing Tanzanians to this great game. Karibuni wote!

The program has recently expanded to include 15 schools and over 500 students in the Arusha/Moshi vicinity and now employ 8 part time coaches who have themselves come through the development program.

The program is also working with various tour operators, lodges and other corporate sponsors in an effort to bringing sports personalities, funds, teams and volunteers to Tanzania, to ensure the continuity of the program.

The Rhinos' proudly host an annual 7's tournament held over four consecutive months to showcase the best of Tanzania 7's rugby while also supporting the development of up and coming Tanzanian players.

For any further information or enquires please feel free to contact a member of the Arusha Rhinos' committee:

Whatever your standard, The Rhinos' have something for you. Whether you're just down for a casual game after work, you're looking to get involved in development rugby, you want to play the odd friendly or you want to push for a place in the 1st XV, we encourage you to get down to training at our picturesque location, enjoy the vibrant post game social side and most importantly, play some rugger.