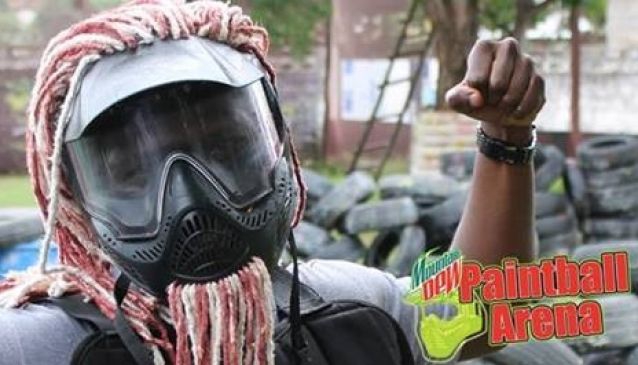 Paintball is an exciting leisure activity suitable for all types of players from the age of 11 upwards. In this game, players compete in teams or individually, to eliminate opponents by hitting them with capsules containing paint (referred to as a paintball) from a gas-powered device called a paintball marker.

The game is regularly played at a sporting level with worldwide leagues, tournaments, professional teams and players. There are 2 teams on the battle field at a time, each team consisting of 5 players and 8 teams in all. The game is simple, capture the flag without getting shot and you win the points!

The playing area contains various obstacles which will make the game more challenging and interesting. All participants of the game are given full gear like paintball marker, paintballs, suit and protection gear.