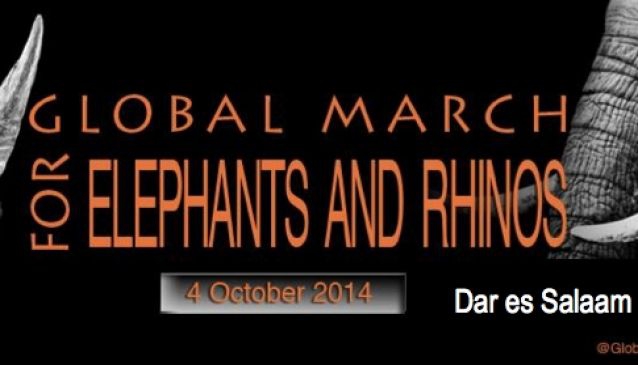 On October 4th in cities throughout the world people will march as one to save Elephants and Rhinos. Take action as the countdown to their extinction has begun.

Unless action is taken now, we will lose these majestic, highly intelligent, and emotionally sentient creatures FOREVER.

More than 35,000 elephants are being killed every year so their tusks can be carved into ivory trinkets. A rhino is slaughtered once every 9-11 hours for its horn. Their only hope for survival lies in an immediate end to the ivory and rhino horn trade (both 'legal' and 'illegal') and the chance to recover from decades of mass slaughter.

Please join the global march to call for an end to the killing and a ban on ivory and rhino horn before it's too late. Email us at march4elesandrhinos@gmail.com with any questions.